Home » News » Outdoor Living » BBQ: Charcoal vs Gas – what is best for me?

BBQ: Charcoal vs Gas – what is best for me?

BBQ: Charcoal vs Gas – what is best for me?

Not all barbecues are created equal. In fact, considering that the purpose of barbecues is to produce heat, it’s remarkable what a difference the heating method can make. For example, your decision on whether to use gas or charcoal can affect how your food tastes, its impact on the environment, and your overall cooking experience. So which should you go for? Here, we’ll take a look at the different BBQ options, and help you pick the best solution for you.

SPEED AND USABILITY
When you’ve got your food prepared and you’re ready to get grilling, lighting up the barbecue is your next port of call. How fast this happens differs amongst barbecues, though. Gas barbecues are unquestionably quicker and easier to set up than the average charcoal-fuelled alternative. Starting them up is a simple matter of turning a dial, pressing a button or flicking a switch. The only exception comes when the gas runs out — although fitting a new butane or propane cylinder is usually simple enough.

Getting a charcoal barbecue lit is usually trickier. How long it takes will depend to a great extent on the quality of the fuel and the barbecue itself. We all know the dreaded, “Wait until the coals are white!” exclamation every time you look at the barbecue once it’s lit, too. There’s no question here then, that gas trumps charcoal: it’s just that much easier. 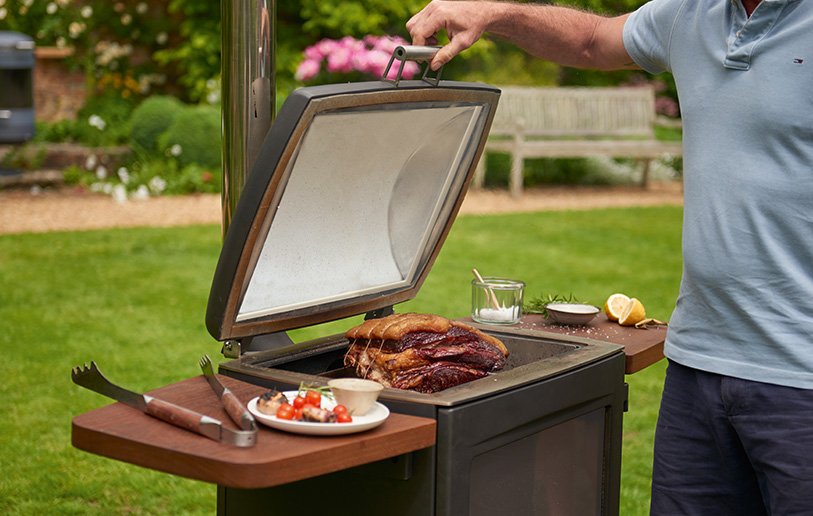 In the United States, particularly Texas and Kansas, barbecuing is famous for smoky and tender meat. This is generally achieved through cooking with wood and charcoal/gas and indirect heat over a long period of time. It’s generally reserved for big cuts of meat such as briskets, St. Louis style ribs, and pork joints; among many many others.

In the UK, however, this isn’t really something we go for. We tend to just throw on a couple of sausages without really looking at what the temperature is. However, smoking meats are becoming more and more popular thanks to the rise of accessible online cooking videos and the huge array of smoking-capable grills to choose from.

If you’re trying to replicate this — honestly, give it a go if you can — your easiest bet is to use a charcoal barbecue that heats via smoking (unlike gas barbecues). Of course, this process takes time, and you’ll have to make sure there’s enough charcoal throughout the cook to keep the temperature consistent, as well as enough wood to impart flavour. You can also maximise the effect by causing smoke to circulate around the food on the grill, usually by covering it with a lid. If you leave the air vents partially open, clean air will circulate and you’ll avoid dirty smoke. If you don’t do this your food may taste bitter. This flavour profile isn’t as easy to achieve with a gas barbecue, however — to do so, you’d need to add a smoke box and woodchips to the cooking surface.

With that in mind, charcoal barbecues do have their drawbacks when it comes to flavour. As we all know, precise internal cooking temperatures are needed to give certain foods the perfect flavour and texture — something that most charcoal barbecues lack. However, a meat probe isn’t that expensive to invest in. In fact, it’s an essential piece of kit if you’re planning a long cook on the barbecue.

When it comes to flavour on the barbecue, it generally tends to come down to how you want to cook the meat. However, sometimes you can’t beat the flavour profile a charcoal-run grill can give. It’s that which imparts the ‘barbecue-y’ flavour we all know and love.

ECO-FRIENDLINESS
It isn’t just important to make sure the food tastes great, though. Barbecues can have a big impact on the environment. When it comes to which is better, there’s really no contest between gas and charcoal. As we talk about in our guide to sustainable outdoor cooking, roughly 215kg of CO2 emissions are produced for every MWh of natural gas you use. These figures account for the production and transportation processes involved in getting the fuel to your barbecue, as well as emissions directly ensuing from cooking.

In terms of emissions, charcoal is cleaner than natural gas, but not by much. The charcoal industry is notorious for causing destruction to naturally occurring forests, and the fuel itself can cause carbon monoxide emissions when burnt (in some cases, enough so as to present a health risk). As such, both aren’t particularly smart options if you’re particularly eco-conscious.

THE EXPERIENCE
Quality gas barbecues are rightly recognised as an efficient choice, but because of this, they fall down on the most fundamental aspect of what makes barbecuing special: the experience.

Many of us enjoy the task of lighting a charcoal fire. We love the ritual, the smell, the satisfaction of watching the fuel catch. Yet, enjoying these sensations needn’t mean facing an uphill struggle to create a fire — with the right technique and an airtight chamber, you can get your barbecue ablaze in next to no time.

OTHER POINTS TO CONSIDER
There are some things you should look for in a barbecue that doesn’t relate to what sort of fuel they use. A lid, for example, can make a world of difference to your meal. Above all, it helps food cook evenly, drastically reducing the risk of your food becoming dangerously raw on the inside with a deceivingly delicious-looking frazzled outside. It can also be used to seal in flavour by trapping charcoal smoke in with the food. You won’t need to use the lid every time you cook, but make sure your barbecue has one. 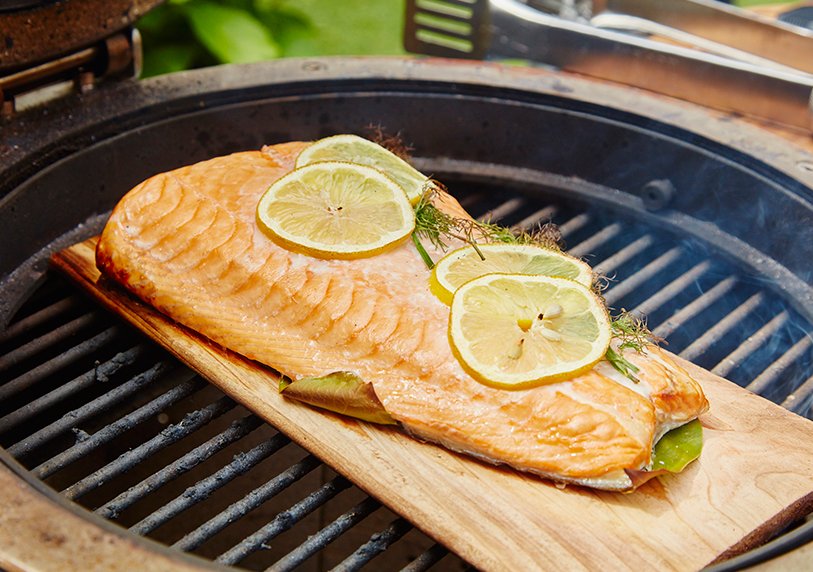 Another key thing to look for is versatility. Does the barbecue have an in-built food prep area, does it provide a spectacle, and can it double up as a heater, does it allow you to host an event with ease? Whether gas or charcoal, a quality barbecue will always be an investment, so it pays to ensure you choose a model that does everything you’re likely to want.

THE ALTERNATIVE: BARBECUE HEATERS
An alternative to gas and charcoal barbecues are wood barbecues, or more specifically: barbecue heaters. They come out on top on almost all fronts. In terms of eco-friendliness, wood barbecues produce far less in emissions to give you the same amount of cooking energy as gas and charcoal: just 5kg. The experience of using a wood barbecue is also irreplaceable. Lighting the wood, hearing the crackling and seeing the flames erupt is something that can’t be rivalled. What’s more, the flavour produced by these barbecues is smokey; easily rivalling its charcoal counterpart.

We’ve designed our own range of wood-fired barbecue heaters — the HEAT Collection — to give you the best of both approaches; allowing you to host your get-together with ease and comfort. The wood furnace gives a steady supply of smoke and heat (try using different woods to tap into different flavours), while its single-lever air filter gives you a degree of control over how much heat is channelled to the cooking surface. We’ve added a digital thermometer too, so nothing’s left to guesswork. What’s more, if you want to use charcoal to attain that particular flavour profile, then that’s just fine, too.

What we’ve done is combine the best elements of traditional barbecues — from the flavouring, the versatility, the visual spectacle, to the ease-of-use, into one tool that also doubles up as a clean wood-burning stove. As such, it’s suitable to use from day to night, from summer to winter.

For more information on HEAT, just head over here to discover the range. Alternatively, head to your nearest stockist or Chesneys showroom to see them for yourself.